Look at these beautiful yellow male pups out of our Watermark’s Captain Black. Call Lance Newberg at 830-351-0054

What a team, Claudette Klein and Coal winning another Open at the all breed Golden Retriever Club Trial at Weldon Missouri. This makes Coal a FC/AFC and is qualified for the National Amateur.

Call Bennie Landers for availability and any questions: 870.877.2615 See these cuties in action in the video below.

An amazing litter with a fantastic pedigree. Call Bennie Landers for availability and any questions: 870.877.2615

America’s Team! Watermark’s Promise with NFC Watermark’s Running Back (aka Emmitt) have great litter on the ground!

Promise, joined the Dallas Cowboy Cheerleader squad when Shy Anderson acquired her for his son Paxton in late 2013. She enjoyed a hunting season and Christmas with the Anderson’s and since has been back at school preparing for the Master National. We bred her to...

The Art & Science of Raising a Puppy

It was just about one year ago that I had two chocolate puppies. One, little John Adams, is in training to be a star in field trials. And, his brother Nick Adams has become the movie star in an important new DVD called “The Art & Science of Raising a Puppy,” which...

I recently bred this litter (KNPV Dutch Malinois) for people who want a loyal pal with the added bonus of unsurpassed protection for their home and family. So, even if you have never had a true working dog in your family, this is a wonderful opportunity. There are...

The Finest Security System Ever Devised.       Loyalty you can count on! 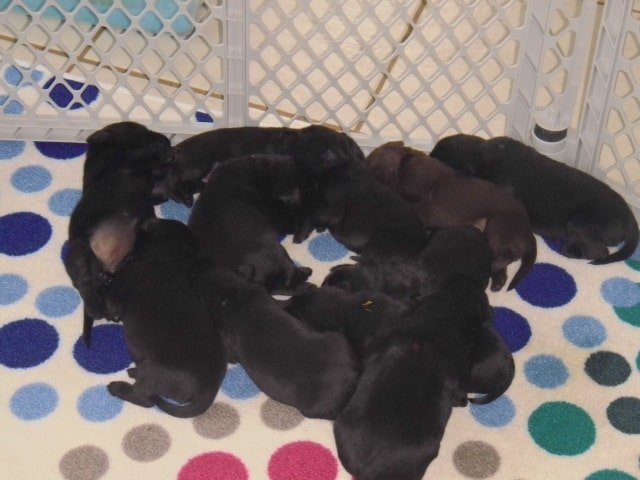 New Litter from Howdy and Layla

Happy to welcome a Howdy and Layla litter of pups in Georgia – it is a fabulous litter of a dozen babies! They are healthy and growing bigger each day. For any information or inquiries please contact Larry Domas at alpineconst@wctel.net or 864.378.6276.... 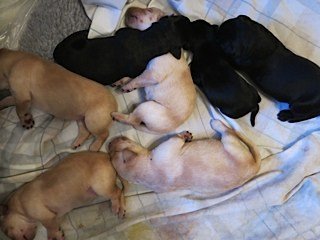 by watermarkretrievers | May 12, 2014 | Announcements, Availability 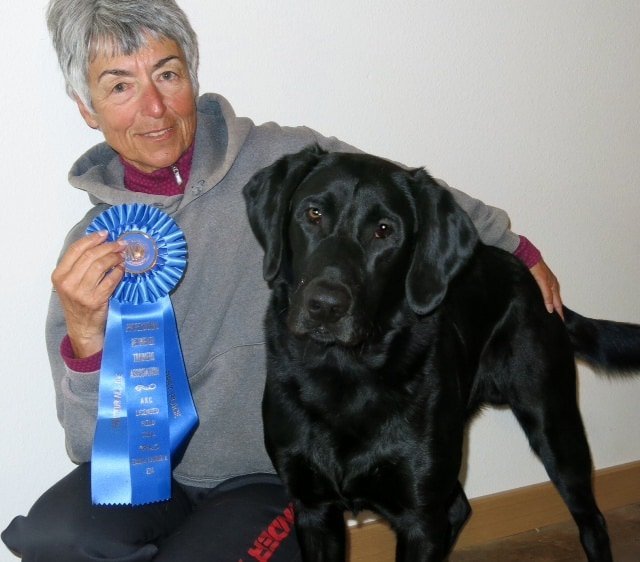 Coal wins the Open at River King to finish his AFC

WOW – Watermark’s Coal Fired’n Cookin’ won the Open at River King to finish his AFC! He is already qualified for national open and needs 5 points for FC – what a great team Claudette and Coal are!

Win At The PRTA Trial

Watermark’s ‘Coal Fired N Cookin’ and Claudette Klein won the Amateur at the PRTA trial.  This is the 2nd Win by this great team. Firedog (Coal’s half brother) and Watermark send a big Congratulation!! 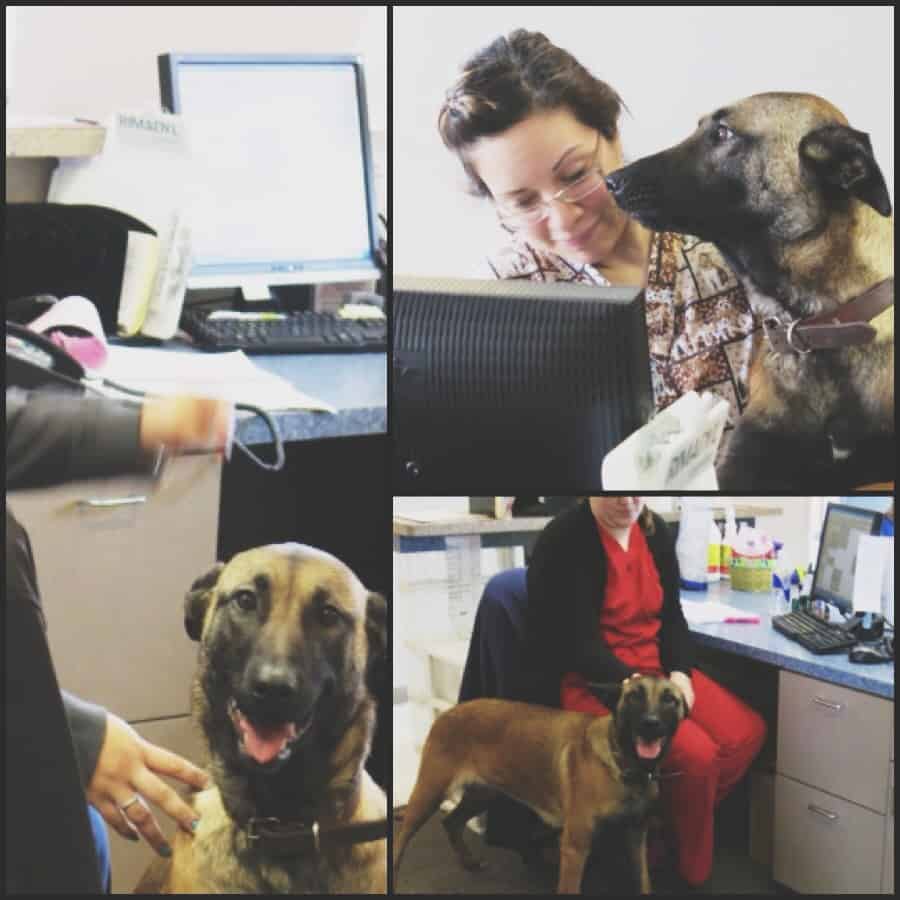 A Word About Spyder

Today in protection work there is a requirement for dogs that have an extremely even temperament so that they can be family dogs. But yet they must have the intellect and power to be dynamic tactical service dogs. Spyder has solid nerves, a well balanced character, is...

Well, I was thinking this would be a good time to let you know that I have a new Project in the works. A couple of years ago, I had the opportunity to get to know several Belgian Malinois and a Dutch Shepherd. (Belgian Malinois’ and Dutch Shepherds are basically the...

Hi all – Quick update on available puppies. Firedog and Player pups are 5 weeks old and there are still a few available to special homes! Inquiries welcome. Also a special seminar is coming up March 8 – 9 in Caldwell, Texas. Learn firsthand about Bill... 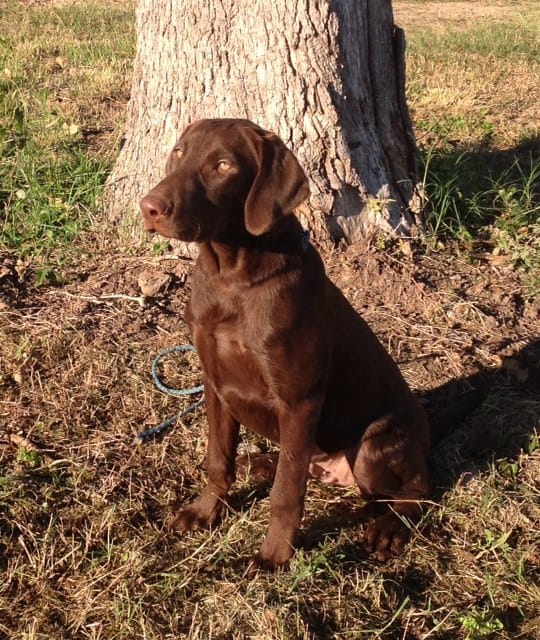 Happy New Year everyone. Hope you all had a great holiday. We have some exciting upcoming litters, check out our ‘Available Dogs’ page or see below for details. – Mary   Litters Labradors 1/11/14 – EXCITING! Black Lab Pups Coming Jan 20,...

Greetings! Painter is in new home…new pups on the way soon!

Here’s a quick update to let you all know that Painter, one of our started dogs has found a wonderful home. Also – Player, one of our Black Labs, is being ultra sounded this week and is expected to be pregnant. Will confirm later this week. If so, we can...

A Golden litter repeat will greet us on July 23, 2014. For any information on available puppies please feel free to contact me. Video of Coupe doing agility (has music, may want to adjust... 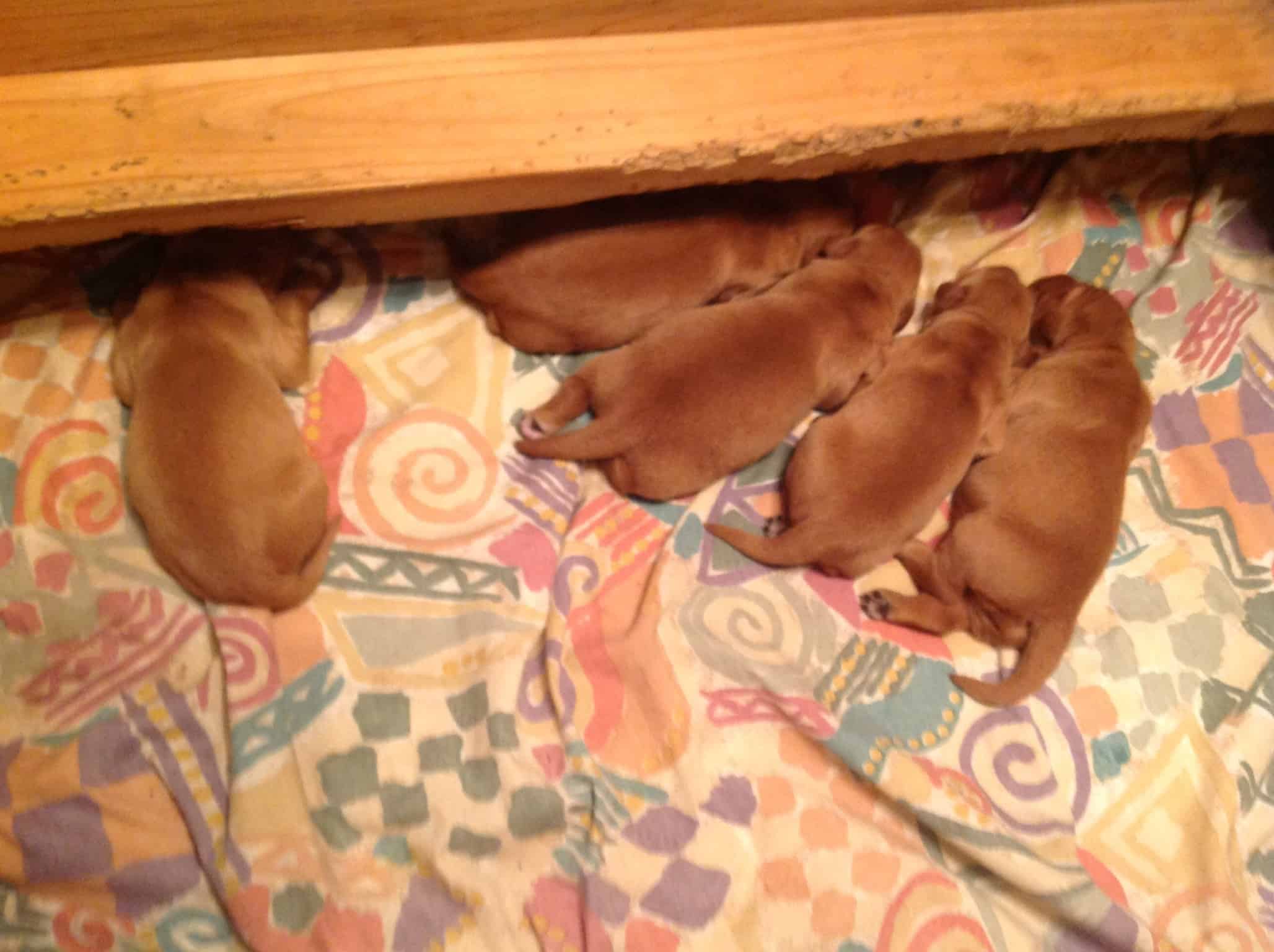 Painter is a fantastic 4.5 month old black lab pup from our FC Darby. He is available for sale to great home! Here are some videos of him swimming and retrieving. For more information please contact: mntatum@comcast.net or call Brent at 713-542-7697...

Our Master Hunter Torch has had her ultrasound and she is pregnant to FC/AFC Glenhaven’s Htrs Mn Baronet MH OS FDHF! Pups are due around October 7th 2013! More info to be posted under litter section. 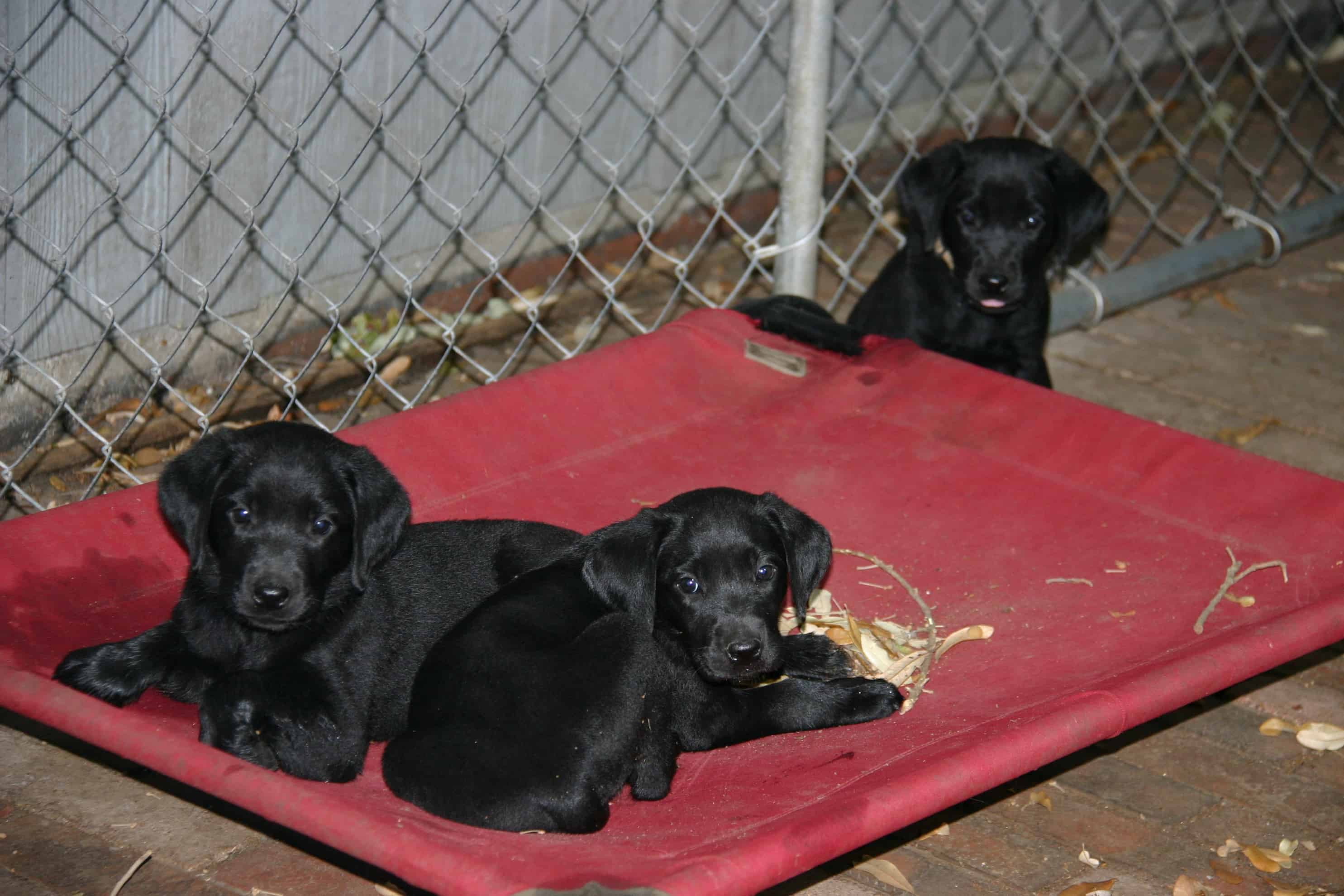 Pups all doing great! We have a couple black pups available, they are ready to go the week of July 4th. We have a Boss and Trix male and a couple of Coal and Laurie pups(probably a male and female). E-mail or call for more info and pictures.

Our Watermark’s Working Girl SH is due with FC/AFC Watermark’s The Boss pups, yellow and black pups due around May 10th ,2013. We also bred our Watermark’s Laurie Darlin to our young star Watermark’s Coal Fired and Cookin'(FC Darby and FC/AFC...

We have several chocolate males available from this special repeat breeding! Drake was a special dog and this could be one of his last litters!

Congrats To Watermark’s Listen To Lefty

Lefty and owner Mary Tatum ran 3 qualifyings. In the first they earned a 2nd place to become qualified all age. The following weekends they won back to back quals!!
« Older Entries
Next Entries »